I finally finished another skirt, after hours of cutting, sewing, unpicking and sewing again. Thanks to my stupidity this skirt took me ages, but what do you expect when you sew wrong pieces together more than once and when  you think nothing can go wrong anymore suddenly notice, that the button holes for the elastic are on the outside of the waistband??? Anyway, it's finished and here are some detailed photos. It's the new Farbenmix pattern Zucka: 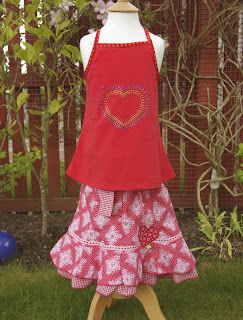 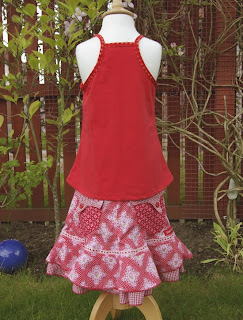 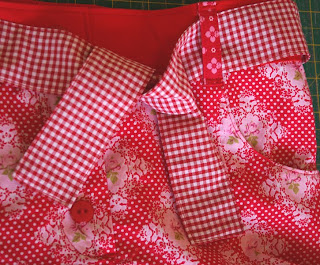 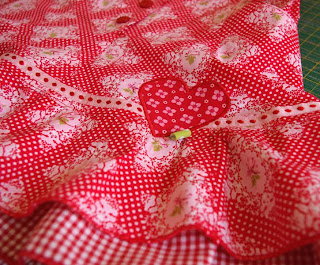 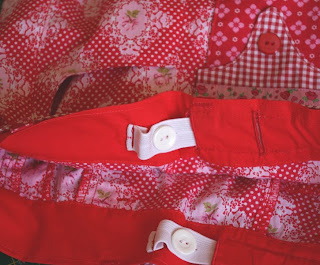 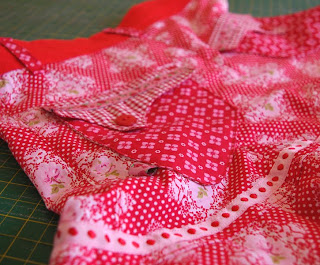 It's only May and we already have 22C out here, very unusual for Scotland. But I'm loving it!!! Here are some more clothes I made for Leoni: 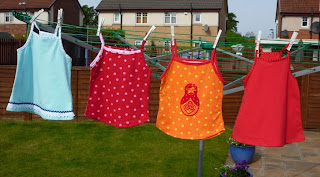 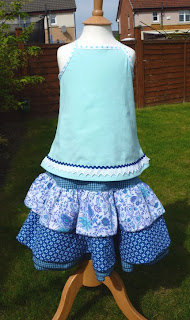 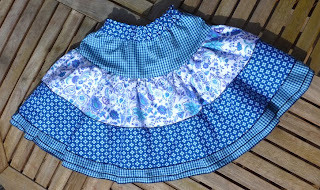 And a double layered skirt from an OTTOBRE pattern issue 3/2006 in Hilde fabric , Vichy blue and Printed cotton flowers aqua.
I hope you all have a lovely and sunny weekend!
Posted by Nicole 4 comments

We are going to a wedding at the end of July and for this occasion I made Leoni another Feliz dress. We love this pattern as the dress always looks different depending on the material. For this one we chose the Kid Pipo fabric from Hilco and the underdress is plain cotton poplin in pink and white embellished with ribbons and lace. 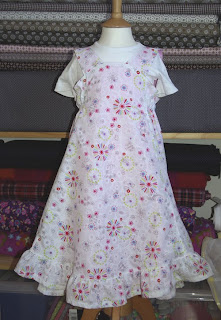 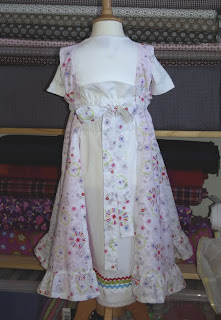 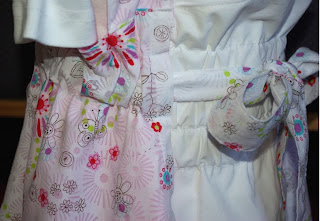 And as we are going on a proper summer sun holiday this year, I'm busy working on summer tops and skirts. This is the first top in Broderie Cotton, made from an OTTOBRE pattern in issue 3/2006: 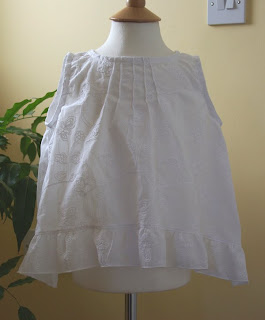 Leoni has grown out of many of her clothes and I've just put two of them up for sale on ebay:

You can find them here and here.
Posted by Nicole 0 comments

Two lovely new Farbenmix patterns arrived today: LORE, a pattern combi of culottes and a top and ZWERGENVERPACKUNG, different patterns for babies and toddlers. And don't be scared, it's just the name  that looks complicated, the pattern itself is quite easy, honestly :-)

A big thank you to all of you who took part in our survey. We are going to make some changes over the next weeks/months to the layout regarding the menue and search facilities and we will include as many of your suggestions as possible. Many thanks again for your opinions!


And the winner of the prize draw is
Louise Paemen, Oxfordshire
Congratulations!
Posted by Nicole 0 comments

...dann kann er was erleben! That's German and means as much as: if you go on a journey you have lots to tell! And so have I. Two days before I was due to fly out one of my suppliers informed me that their new collection wasn't finished! Great, but as I had booked one of those cheap flights I rebooking wasn't an option. I needed some bits and bobs from the wholesaler anyway and was going to see the two other suppliers, so off I went. When I arrived at my first appointment, the rep had totally forgotten I was coming and told me that their collection wasn't finished either. Brilliant! He was really sorry, but nothing could be done. Next stop was the wholesaler, which surprisingly went to plan. My third supplier had his collection ready and finally I managed to order some lovely new materials. That was all on Monday. My flight home was scheduled for Wednesday (today). And as I had  never been in Amsterdam before, I spent the whole day yesterday sightseeing. It was really lovely and here are some pictures: 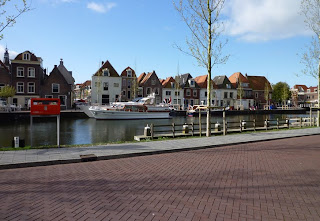 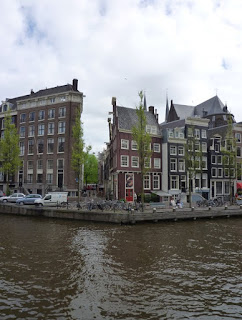 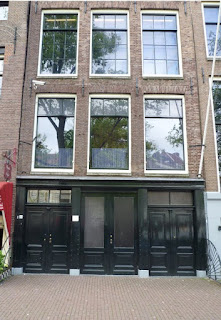 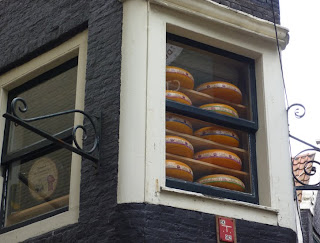 And then there was on the news last night that some airports in Scotland were shut again due to the ash cloud. Honestly, I was already thinking of some other ways to travel home: other airports or maybe ferry? But then this morning there was no sign of complications and my flight left on time. Everything was fine, I was on my way home again.
There was only one more small surprise for me when I collected my suitcase: 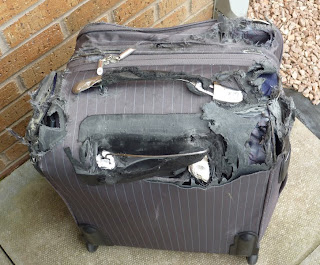 That's the work of the Dutch baggage handlers, but thankfully there was no serious damage to the contents of my bag. Oh yes, and two hours after my arrival back here Edinburgh airport was closed due to the ash cloud. What a journey!
Posted by Nicole 1 comments 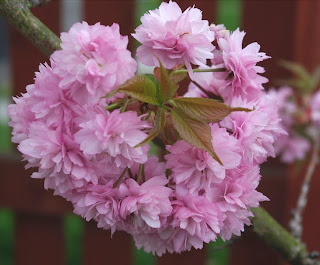 Looking at this photo, the last thing on your mind would be the next winter, wouldn't it? I so agree with you. Nevertheless the new autumn/winter fabric collection is out and I'm off to Holland tomorrow for a couple days to order it.
Have a nice start to the week!
Posted by Nicole 1 comments

Nicole
Dundee, United Kingdom
I am originally from Germany and came to Scotland in 2003. I am happily married and have one beautiful daughter. And I love to sew and everything that has to do with fabrics! This blog is all about my sewing projects, ideas, thoughts, photos and more.

Sewing workshops at Dots n Stripes in Dundee. From absolute beginners who have never used a sewing machine to more advanced sewers who would like to try out new things. To download the programme click here. If you need any further information please contact me on 01382 813132.